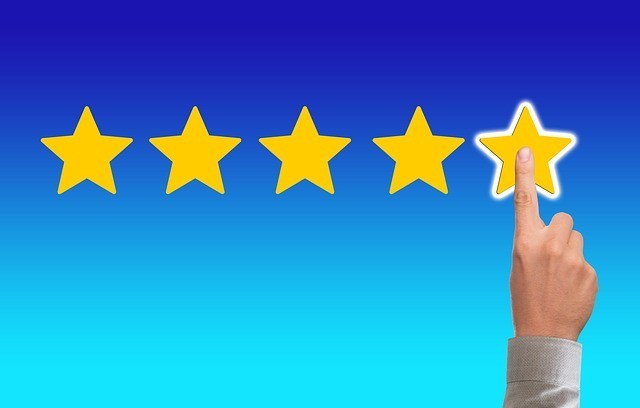 CloSYS’ products have been around for a while now, and rank as one of Amazon’s Choice brands to buy. With reviews ranging in the hundreds, and sometimes in the thousands, and with ratings higher than a 4 out of 5 stars, these products come well recommended to use.

But just because something is recommended doesn’t mean that it doesn’t have any faults. In this article we’ll look at CloSYS Mouthwash Reviews, giving you the good, bad, and the ugly on how these oral rinses hold up against others testimonials.

CloSYS is a company that started back in the early 1990s. Started by one of America’s leading experts on gum disease and dental health, Dr. Perry Ratcliff and a team of dental professionals created CloSYS and built it to what it is today.

Because Dr. Ratcliff had been treating oral issues for over 50 years, he learned many things. One of the things he learned was that a form of stabilized chlorinated dioxide helped removed and kill the bad bacteria that produced bad breath. It also helped fight against gum disease and tooth decay as well.

Because of this discovery, he created his own patented version of this stabilized chlorinated dioxide, called Cloralstan, which is the active ingredient in CloSYS’ products today.

While this article is all about CloSYS Mouthwashes, they do sell a wide variety of other products as well. They sell toothpastes as well a range of breath sprays, to keep your breath clean and fresh.

One unique thing about CloSYS and it’s products is that they keep certain ingredients out of their products that they believe is harmful to you. They specifically keep Triclosan, Sulfates, and Alcohol out of the things they are producing.

Triclosan. Triclosan has been known to disrupt the endocrine system. In certain studies, it was also suggested that it might be possible for this ingredient to damage your reproductive, immune, and neurological systems as well.

Sulfates. A common ingredient in most toothpastes is Sodium Lauryl Sulfate. It’s used to help bring about that fizzing that happens when you brush with toothpaste.

CloSYS chooses not to add this to their toothpastes because it has been shown to bring about skin irritations, like mouth sores, or canker sores.

Alcohol. Most people use a mouthwash to keep their mouth clean and fresh, and to help clear up any halitosis they might have. Because of that, it is always recommended finding a product that doesn’t have any alcohol in it. Alcohol is a drying agent – it dries out anything it is put in or on. And your mouth is no exception.

When your mouth becomes dry, it allows the bad bacteria to populate and thrive, since these bacteria like dry, arid places to live. And as these bacteria populate, they produce a foul odor, causing you to have bad breath. Thus, alcohol increases your chances of getting bad breath, and so CloSYS chooses not to add it to their products.

How Do The Reviews Stack Up?

The reviews can help show the product for what it really is. They can many times be the make or break of you purchasing a certain product.

So what do these reviews say?

We’ll be looking specifically at CloSYS Original Unflavored Mouthwash for Sensitive Mouths, a product that has over 900 customer reviews, is on the Amazon’s Choice for products, and has a 4.5 star rating (out of 5) on Amazon. 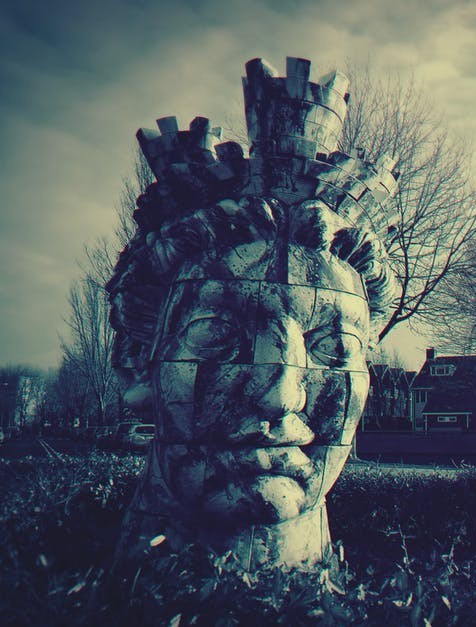 Better start off with all the ugly stuff people have to say!

One reviewer wrote how different their taste buds worked after using this product. It was so bad that even after they stopped using the product for several days, the taste still lingered. It wasn’t until about the 5th day of not using the product that the odd taste went away.

Another reviewer commented on how they would have been fine if the odd taste lasted for an hour or so, but the taste lasts for a full 24 hours. They noted that this taste gave them the feeling that certain foods tasted unpleasantly bitter.

One cautions others to test the mouthwash out before committing completely too it. They tell about how they used the product, and had just a mild, but tolerable, aftertaste in their mouth. It was more than 5 minutes before that aftertaste bloomed into something far worse – so much so, that it took the reviewer 3 days of not using the product before their taste became normal again.

What do those naysayers with all the bad comments have to say?

Many write about how poor the design of the bottle is, the taste of the actual mouthwash, and how other odd sensations seem to occur when using this mouthwash.

On reviewer wrote how they had an odd numbing sensation after using this product. While nothing was affected taste-wise, nor was there any issues of swelling or burning, there was just a rather unpleasant numbing feeling in their mouth after using it.

Another writes about how they used this mouthwash, and it just wasn’t quite up to their standards. They reason it wasn’t working is because they were used to heavy mint mouthwashes – with the mint telling you that your mouth is fresh. Because this doesn’t come with any flavor initially added, they couldn’t quite tell if they were getting better breath/a fresh mouth.

On top of that, after a few days of using this, they noticed that an odd taste started to occur within their mouth. While they attributed it to using a different toothpaste, that when mixed with the mouthwash it would chemically produce this taste, it was still annoying none-the-less.

One write about how the directions call for you to use two capfuls. The problem is that the caps are so small, that they seem to spill some when bringing it to their mouth to rinse with.

Another reviews how even though they are an average strength male, they can’t for the life of them open up the packaging seal that it comes in. They have to use a knife and manually cut it open, just to get to the product and use it.

Several exclaimed how their product tasted like Chlorine, and how it was difficult to use because of that taste. Others wrote about the bleach taste that it left in their oral cavity after using it. 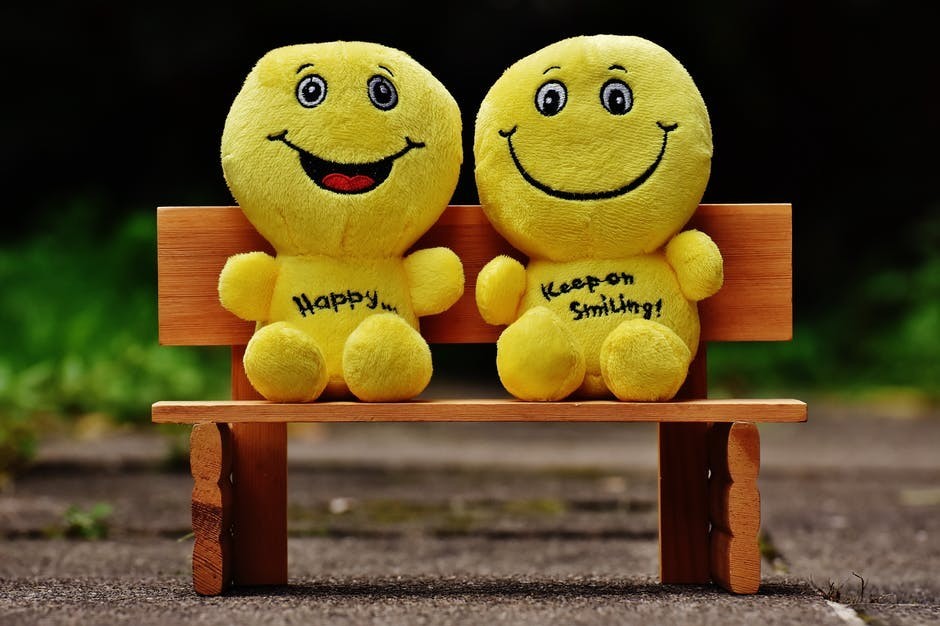 The good reviews are, well, positive reviews of this product. They tell of ways that this mouthwash helped bring about better breath and health to their mouths.

One reviewer wrote about how one of their family members always had bleeding gums. No matter how hard they tried, flossing, brushing, everything just didn’t seem to work. Then they used CloSYS mouthwash. Within a month or so, they no longer had those bleeding gums.

Another person commented on how their significant other has bad breath when they eat certain foods. They found out that if they used this product after eating, they would be able to clear up the halitosis within moments.

A dentist hygienist reviewed on how well this fights again issues found within the mouth. They note that this mouthwash can help fight against bad breath and periodontal disease. On top of that, they note that a wonderful side effect is that this product also whitens your teeth as well.

One person explained how their dentist told them they were going to need to have a major tooth cleaning, scaling, and the whole kit and caboodle. This person had deep pockets (some up to 9 mm long). After using CloSYS, along with several other mouthwashes, they went back to the dentist and found that their pockets were all 3 mm or less!

Smoking can be a big problem for some. One commented on how they their mouth was dry because of smoking. They tried all sorts of dry mouth gels, sprays, and ointments, but nothing seemed to work. Then they tried CloSYS, and they’ve been using it ever since. They claim their mouth feels so much more fresh and clean that it did before.

The Answer Is In The Reviews

CloSYS isn’t a product that is full of fluff and fake promises. It really does help people get rid of their halitosis and other maladies from the mouth. It can help cure gum disease, tooth decay, and even tonsil stones.

On Amazon alone, 80% of the reviews are 5 out of 5 stars. It comes well liked and well received in the dentist community by having the approval of the American Dental Association (ADA).

So what are you waiting for? Pick up your CloSYS Original Mouthwash today!

How To Tell If You Have Bad Breath

With many years of experience fighting against his own bad breath, Andy has come to help you fight against yours. While Andy doesn't have any degrees, and no real power to officially 'treat, diagnose, prevent, or cure' your halitosis, he does bring relevant information to help you stay informed in the world of bad breath.